Get ahead of the rush and secure the Muro Box Christmas Limited Edition by pre-order it from the Muro Box official online store. Take advantage of Muro Box’s biggest sale of the year, and make it an exclusive Christmas gift for your special someone.

Christmas pre-order Special lasts only until 10/28. Get yours Now!
https://murobox.com/…/2022-christmas-special-edition…/

We’ve put together ten (10) of the greatest Christmas melodies from all over the world to help you get in a merry mood. These melodies were all arranged by our professional music arranger to maintain their original tempo and accompaniment, especially suitable for Muro Box to play. We hope these melodies will carry a joyful mood, to help you and your loved ones welcome this wonderful holiday together.

(1)Jingle Bells
“Jingle Bells” is one of the best-known and most commonly sung American songs in the world.

(3)Deck the Halls
“Deck the Halls” (originally titled “Deck the Hall”) is a traditional Christmas carol. The melody is Welsh, dating back to the sixteenth century, and belongs to a winter carol, “Nos Galan”, while the English lyrics, written by the Scottish musician Thomas Oliphant, date to 1862.

(5)Joy to the World
“Joy to the World” is an English Christmas carol. The carol was written in 1719 by the English minister and hymn writer Isaac Watts, and its lyrics are a Christian reinterpretation of Psalm 98 celebrating the birth of Jesus Christ.
Since the 20th century, “Joy to the World” has been the most-published Christmas hymn in North America.

(6)O Christmas Tree
“O Tannenbaum” (German: [oː ˈtanənbaʊm]; “O fir tree”, English: O Christmas Tree) is a German Christmas song. Based on a traditional folk song which was unrelated to Christmas, it became associated with the traditional Christmas tree by the middle of the 19th century and sung as a Christmas carol.

(8)Away In a Manger
“Away in a Manger” is a Christmas carol first published in the late nineteenth century and used widely throughout the English-speaking world. In Britain, it is one of the most popular carols.

(9)God Rest Ye Merry, Gentlemen
“God Rest You Merry, Gentlemen” is an English traditional Christmas carol. It is in the Roxburghe Collection, and it is also known as “Tidings of Comfort and Joy”, and by other variant incipits.

(10)The First Noel
“The First Nowell”, also known as “The First Noel (or Noël)”, is a traditional English Christmas carol with Cornish origins, most likely from the early modern period, although possibly earlier.
Information above were referenced by the Ohio State University Libraries’ “Public Domain Christmas Songs” :https://library.osu.edu/…/public-domain-christmas-songs/ 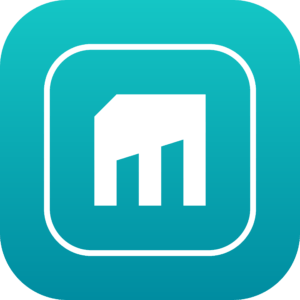 We invented the music box that can play your own memories. We hope the music box will become each family’s heirloom to preserve their own unique memories.

“Telling Your Stories with Technology” is our company’s vision. We hope that technology not only brings us convenience in life, but also shortens the distance between people.

Follow Us to Get Latest Update and Coupon Code

Listen and remember all those special moments brought back by the music. 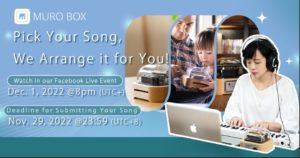 【Pick Your Song, We Arrange it for You!】

3. Let’s have fun by playing this app-controlled music box! Check out thousands of melodies shared by our global music box community.

** To get the best experience, use a desktop or second phone to watch the live stream video when your mobile is operating the Muro Box app.